Aims to bridge the Digital Divide with affordable computing for every child.

Today at the Gadget Show Live, Birmingham NEC, launches the GoNote Mini, the UK’s first 7” Capacitive Touchscreen Notebook. GoNote is one of the first Android products specifically designed to help school-children get access to the best Learning Apps & Games, while becoming familiar with a ‘notebook’ form factor. GoNote Mini also aims to bridge the digital divide for children of all ages, from toddlers to schoolkids and beyond, and at a breakthrough price of only £99 that is affordable and inclusive.

Why GoNote Mini?
Sam Goult, Design Director comments, “Five years ago while launching the UK’s first sub £100 laptop, I met David Cameron MP and discussed the importance of children benefitting from access to computers, and how this shouldn’t be determined by family wealth or upbringing. Five years later, David Cameron is now Prime Minister but not much has changed, everyone’s still talking about the digital divide. We hope the GoNote Mini can help bridge the digital divide- it’s a device that children, parents and teachers alike will love to use and at only £99, its at a price which isn’t exclusive to the wealthy. The future is undoubtedly digital, and children with a solid computing know-how, even from the earliest age, will become tomorrow’s leaders.

Goult continues “There are apps for everything to help children learn, whether that’s Phonics to French, or their Times Tables to the Origins of the Solar System. We also believe that it’s equally important to use apps that you wouldn’t initially consider to be ‘educational’. Apps like ‘Angry Birds™’ and ‘Cut the Rope™’ give children an iterative approach to problem solving to complete the game, as well as a basic understanding of Mechanics and the Laws of Physics, and all in a fun and ‘stealth’ way.”

GoNote Mini is the ultimate ‘first computer’ to help children learn and play, in a fun way. GoNote Mini is ideal for using Apps, its natural and intuitive for children to touch, swipe & pinch the 7″ capacitive touchscreen rather than reaching for a mouse. In addition, its got a ‘child friendly’ QWERTY keyboard, so kids can get familiar with a laptop layout from an early age. Its comfortable to use and the large, clear buttons make it easy for children who’ve never used a keyboard to get to grips with typing- an absolutely invaluable life skill.

Apps for Learning, for fun, for everything
There are thousands of apps from ‘Education’ to ‘Brain and Puzzle’ to ‘Productivity’. With so many for free there’s something to help every child learn and achieve their potential. GoNote Mini grows with a child as the GoNote Mini can be tailored with apps to suit the child now, then install new apps as their thirst for knowledge develops and matures. There are apps to help children learn right from the earliest years, right through their school years and education.

GoNote Mini Hardware
Its powered by a 1.2GHz ARM CPU with 1GB RAM, and runs the hugely popular Android 4 OS (Ice Cream Sandwich). There is a front webcam and rear camera so GoNote Mini is ideal as a child’s ‘first camera’, letting kids document their own life and cherish special moments. GoNote Mini has expandable Micro SD storage capability, and the ability to play apps or video on an HD TV via its mini HDMI Port.

Also- launched at the Gadget Show today is the 10” GoNote 2. The upgraded return of the vastly popular 10” GoNote. Now with 10” Capacitive Touchscreen, Dual Core CPU, Android Jelly Bean and 16GB Storage, the GoNote 2 retains its unbelievable price point of only £149.

Looking for something?
Get social with us… 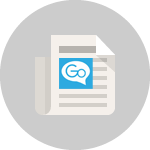 Sign up to get our latest updates and special offers!

Join our mailer to receive the latest news, product launches and updates for your GoTab or GoFone! We will only send you stuff we think you'll find useful, and updates so you don't miss out! We promise we won't spam you!

Great, All Done Thanks! We'll be in touch soon!